I recently participated in a contest on Instagram–meant to raise money for the super cool Conservation Canines group, which uses rescue dogs to conduct research (click the link to learn more!). The prompt of the contest was simple, and it’s a common theme for contests all throughout the dog-obsessed world of Instagram: Post a picture of your dog enjoying nature.

It should’ve been an easy prompt for me to fulfill as someone who spends a huge amount of time taking pictures of her dog outside. But as I went out to find good spots for a photo shoot, I kept getting tripped up. We live right next to a park and golf course–which is where the majority of Chara’s romping takes place, and as I looked around for wild places to take my pictures, I couldn’t find anything that I felt was really… well, natural. Sure, the golf course has a river that winds through it–complete with a beaver dam. And there are trees and squirrels and stuff.

But it couldn’t really be nature, could it? Not when every single blade of grass was so carefully manicured into shape, when thousands of gallons of fertilizers and pesticides were poured onto it to keep it that so very unnatural acid green color, when even the trees have been pruned into neat symmetry. It forced me to ask the question: What is nature?

This is actually something I’ve thought a lot about as a double major in Environmental Studies and Writing and Rhetoric (and each field has really interesting, and different, takes on the matter). The way we define “nature,” as paltry as one small definition of one small word might seem, is actually incredibly important. For instance, if we define nature as something occurring without aid or interference from humans, we are also saying that humans aren’t a part of nature.

Which is kind of a big thing to say–I mean, leaving us out of nature means that we don’t consider ourselves part of natural systems. Which could mean that we don’t think as much about how we affect those systems, like succession and the food chain. Which leads to things like disjointed food systems where critters native to our system overpopulate like crazy and destroy forests and our cars (ahem, deer) while we go to the store and purchase saran-wrapped meat. If we considered ourselves part of nature, and therefore viewed ourselves as the top predator within the food chain of our local ecosystems, we would hunt the deer instead of going out and buying beef that was shipped from halfway across the country. We’d help restore the balance of the natural system.

But this was the first time I’d really been forced to define nature in such a hands on way. Suddenly, it felt like through taking photos, I was defining what my view of nature was.

With those thoughts, me and Jordan started looking for what we considered nature around our small Minnesotan town. And it was surprisingly hard to find. We live in a largely agricultural area, and so most of the landscape is dominated by corn fields and ramshackle farm houses. The only trees are those planted as windbreaks, those found along river basins, and the manicured ones in parks (rough area for a girl who loves trees). Except for the river basins, which have been largely left alone to act as a buffer for the river from all the agricultural waste, almost all of that had been either created or changed by humans. And it was hard for either of us to consider those “nature.”

But it also bothered me that I felt that way. Why wasn’t the golf course or farm fields “nature?” If I want to consider humans a part of nature (and I do–I think it’s really important to view ourselves as part of, and not apart from the natural world), then shouldn’t the things we shape and create also be part of nature? And then extending that–does that mean my apartment is natural, because human builders shaped it? Part of me wants to say yes–I mean the very same elements that form the trees and the rocks and the river also form the chair I’m sitting in, and the fridge that is humming across the room, and the prune colored rug.

Then there’s the other part of me–the part that very aptly points out that as soon as we start including rugs and refrigerators in the definition of what is natural, the word starts losing all meaning. And it’s very important that nature continues to have meaning, because otherwise we have no way to talk about the bits of the world that we want to save. If we can’t put living rooms and wooded patches in two different categories, unnatural and natural, then how do we make the argument that the wooded area has something valuable that the living room doesn’t have? An acorn, created by an oak, is somehow so incredibly different than the mechanical pencil, shaped by man. We just need a word to define how it’s different. And we’ve chosen the word “natural,” as ill-fitting as that may be.

And so that became the question of the week. Is this nature?

Is the wildlife management area where Jordan works nature? Before, I would’ve said a fast and quick yes, but after all this thought I’m not as sure. I mean, that patch of land exists to be managed and experimented on by researchers.

How about that corn field with the gorgeous purple-y blue sky behind it? Before I would’ve said no, but now I’m not so sure. 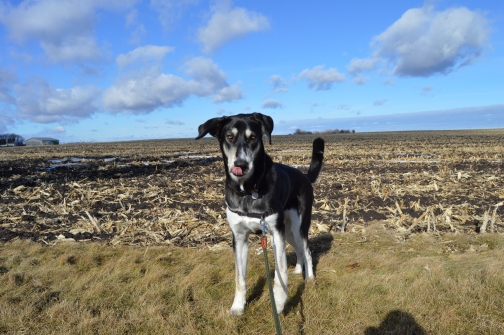 Or that park bench? 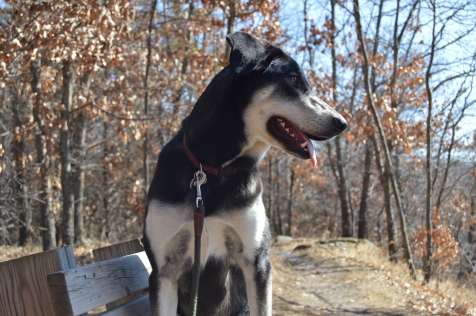 A weed growing up from a sidewalk crack?

(I’m too lazy to include a picture of this, so imagine it–lush and green, little spiky leaves, surrounded by the harsh, unforgiving layer of cement).

I don’t think that there is one right or wrong answer to these questions, and I doubt that any one person will fall completely on one side of the debate. The more I thought about it, the more I realized how complicated it was, and how complicated my own thoughts on it were. For me, living rooms are not natural. But maybe corn fields are. And golf courses definitely aren’t, but that sky above them certainly is. And somehow that weed coming out from between two slabs of concrete seems most natural of all.

Regardless of where I fall on the spectrum, it was a really fun exercise in thought, and I loved that one little Instagram contest had the power to make me re-see my world.

Where would you draw the line between natural and artificial?

Get email updates from the blog:

Find me on IG: